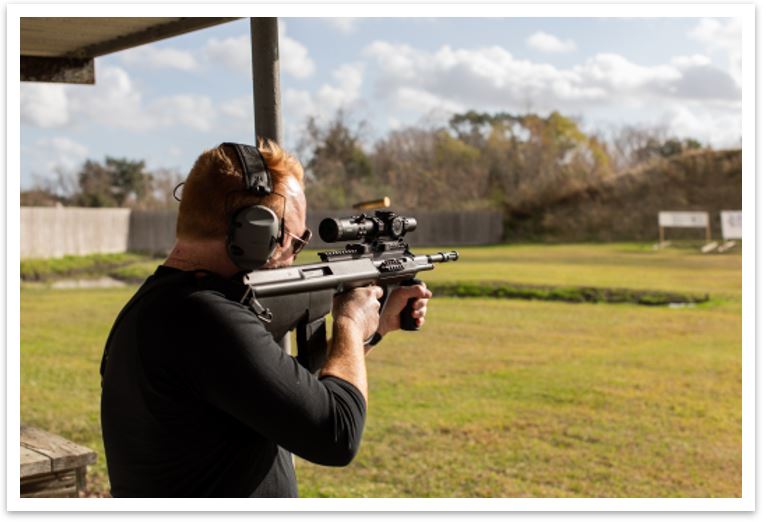 Viewed from 10,000 feet up, the AR15 is an unusually lightweight design with less recoil than many comparable rifles due to its inline gas-piston operation (no, AR15s are not actually direct-impingement). It’s also reliable enough to get the job done, although its reliability is measurably lower than other modern designs – see the 2007 dust test performed by ATEC and summarized here . The AR15 is also arguably the easiest rifle to customize - just swapping out the AR15’s upper can completely change the nature of the gun.

In a nutshell, the AR15 is a good gun, but that doesn’t mean there are no good alternatives. Maybe you want to break free from the status quo and be different from others on the range, or perhaps you simply do not like the ergonomics of the AR-15, but still want the .223/5.56 caliber.

Whatever your reasons for venturing out, you want to know what alternatives are available to you and sometimes that information can be scattered across the internet. Let this serve as your jumping off point – it won’t list every comparable rifle, but it will list some of the best AR-15 rifle alternatives.

The BRN-180 is essentially a commercial-spec AR-18, a successor to the AR-15 that was intended as a cheaper alternative, but had unique benefits such as a folding stock and a bit more inherent reliability in its gas system (short-stroke gas piston with dual recoil springs), and so has remained a well-regarded gun in its own right. If you are looking for something different but do not want to spend a lot on new accessories, the standard lower receiver for an AR-15 will fit the BRN-180; there is money saved already!

Brownells also makes a dedicated lower for the BRN-180 that lets you easily attach a folding stock, which is pretty swanky. We should note, though, that the BRN-180 actually performed worse in a mud test than an AR-15 – see the video by InRangeTV here.

This weapon will set you back about $900. If you choose to get the Brownell’s brand of lower receiver, you should expect an extra $150-$200.

This is the latest addition to the Bren series and has the style and hype to prove it.

The best part of this AR-15 alternative is that it only weighs a little over 7 pounds. This is due to the weapon being made of aluminum and the lower receiver being made of carbon fiber composite.

The CZ Bren 2 MS Carbine is also ambidextrous, making it a viable option for everyone.
​
Plus, you can shorten and extend the handguard as you desire. This weapon also uses a short-stroke gas piston and has a folding stock. To be a proud owner of the CZ Bren, you will have to fork out about $2,000. Many enthusiasts say, however, that this model is worth the bang for your buck. Try it out and see if you agree.

Sig created the MCX to be upgraded as desired. No matter your goal, Sig has made the Sauer MCX with 500 variations and modification options.

Again, this AR-15 alternative uses a short-stroke gas piston system and can use foldable stocks. Think of it as the evolved form of the AR-18, with even more AR-15 commonality than the BRN-180.

If you are a tried-and-true AR-15 owner and operator, switching to the Sig Sauer MCX will seem seamless since they implemented the same controls, including the charging handle, safety, magazine release, bolt release, and forward assist.

Plus, the magazine release and the safety are both ambidextrous. If you would like to get your hands on one of these babies, you will be looking at a little over $2,300.
​
Sig has worked hard to make it worth your while, though.

If you like bullpup firearms, the Steyr AUG will catch your eye.

A bullpup style firearm has the action located behind the trigger. The benefits of this are that it has the same muzzle velocity and barrel length while making it lighter and more compact than a standard firearm.

Typically, the ergonomics of a bullpup and the triggers are known to be serious detriments to the design. Steyr has taken these issues into consideration and has created a design that even the most particular of marksmen will appreciate.

You can choose varying lengths to suit your needs and seamlessly attach your desired optics. The gas piston system vents the gases out and away from the rifle.

The Steyr AUG is well known for being very customizable. If you find an issue or if you want to make an update, you will find an unending list of options.
​
The most fun part of customizing this rifle is the conversations that arise with your fellow marksmen! Get your hands on one of these bad boys for about $1,800.

The IWI Tavor is another bullpup design that has been known to be quite reliable and loveable in all its variations.

The controls are easy to learn, as they closely resemble that of the AR-15. If you are used to the AR-15 but want to experiment with an innovative design, the IWI Tavor X96 is the best alternative for you. The IWI Tavor design is more modern than that of the Steyer AUG, making it easier to adjust to different accessories and rails.
​
Plus, you can add on as large of an optic as you want with all the flat top upper space. Also, like the AR-15, the Tavor has a conversion option for 300 Blackout and 9mm. $1,800 will make this 26” long, 16.5” barrel yours.

As you can see, there are many alternatives to the AR-15.

You can choose any one of these alternatives and still have the same accuracy and success as you would with the traditional AR-15. Many of these companies keep the best of the AR-15 and make variations for the items that are most often modified. Options are always there for you to create the weapon of your dreams. These options are admittedly more expensive than the standard AR-15, so it takes an exceptional design to hang on in a market where they are automatically shortlisted.
​
Many of them have the same or similar controls to that of the AR-15, making the switch between weapons seamless. No matter your reason for wanting an alternative, you will be able to find a weapon to meet your needs and desires.
​
Happy shooting!
The contents of GunTweaks.com are produced for informational purposes only. Any modifications to a firearm should be performed by a licensed gunsmith only. Modifications may void warranties, create an unsafe firearm, and/or may cause injury or death. GunTweaks.com and its authors do not assume any responsibility, directly or indirectly, for the safety of readers attempting to use or misuse information, instructions, or procedures provided herein.
GunTweaks.com