Rifling is the set of spiral grooves that are cut into the interior (bore) of a gun barrel to grip the bullet as it moves down the barrel and thus impart spin. Firearms that do not have rifled bores are called "smoothbore" firearms. Rifling was the quantum leap that ended the era of the musket, a weapon which was accurate to not much more than 50-100 meters. Today, even an inexpensive hunting rifle is capable of taking game at several times that distance, mostly because the modern hunting rifle has a rifled bore. Shotguns are the only common type of smoothbore firearm still available, although shotguns intended to exclusively shoot slug ammunition may also have rifled bores. 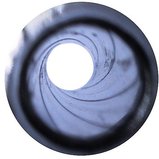 There are several methods of manufacturing a barrel with rifling, but the three most common methods are cut rifling, button rifling, and cold hammer forging (CHF). Cut rifling is almost self explanatory; specialized cutting bits cut rifling into a smoothbore barrel blank. Button rifled barrels are made by forcing an extremely hard "button" through a smoothbore barrel blank. The button is usually made of carbide, a much harder and slicker material than steel, and is manufactured in a reverse image of the rifling. The button does not cut the barrel, but actually forces the steel to compress around it as it is forced through the blank, resulting in a work-hardened rifled barrel. Last but not least, CHF barrels are made by beating the smoothbore blank around a mandrel shaped in a reverse image of the rifling. Opinions vary as to what method provides the most accuracy, but CHF barrels are generally accepted as being the most durable due to the amount of work-hardening that takes place, although they are also the most expensive due to the specialized machinery required for their production.

Rifling itself is expressed in terms of the length required to complete one full spiral; in America, this "twist rate" is usually expressed on a per-inch basis. A 1911-pattern pistol with a 1-18 twist rate has rifling that is cut to complete one full spiral every eighteen inches, while a military-issue M16 rifle has a 1-7 twist rate, completing one full spiral every seven inches: the smaller the number, the faster the twist.  A faster twist (more spirals per inch) can impart more spin to the bullet, but this can accelerate wear on the barrel and lightly-constructed bullets can actually be torn apart if the twist rate is too fast and projectile speed is too high. On the other hand, a barrel with a twist rate that is too slow (too few spirals per inch) will not stabilize the bullet enough, causing the bullet to "keyhole" or turn off-center during flight, like a poorly thrown football.

The ideal twist rate varies based on bullet construction, weight, and speed. Light or fast bullets benefit from faster twist rates, as these bullets are easily deflected from their flight path and a faster spin imparts more stability. Heavy or slow bullets require less twist to achieve stability, as heavy bullets are fairly steady by virtue of their own mass and slow bullets do not create as much turbulence during flight as high-speed bullets. Bullet length is also a determining factor, as shorter bullets have less surface area for air pressure (turbulence) to act upon, resulting in a bullet that is less affected by wind and differences in air density and thus needs less spin. Longer bullets are aerodynamically more efficient, but require more spin in order to minimize the effect of turbulence on their surfaces. The "correct" twist rate will account for all of these factors, many of which may apply to a particular bullet.

Few manufacturers cut their rifling to provide maximum accuracy, instead choosing a twist rate that provides a happy medium between barrel life and effective stabilization of all common bullet varieties. Military barrels are no exception, as military firearms must be able to fire standard FMJ rounds, tracer rounds, and sometimes even subsonic or armor-piercing rounds, all requiring different twist rates for maximum performance. Thus, a "compromise" twist rate is usually chosen for off-the-shelf firearms. Custom barrels with twist rates tuned for maximum accuracy with a specific bullet type and weight are available, though these barrels tolerate variations in bullet design more poorly than off-the-shelf barrels.

Below is a list of the most popular twist rate for some common calibers:
Photos used under GFDL from MatthiasKabel
The contents of GunTweaks.com are produced for informational purposes only. Any modifications to a firearm should be performed by a licensed gunsmith only. Modifications may void warranties, create an unsafe firearm, and/or may cause injury or death. GunTweaks.com and its authors do not assume any responsibility, directly or indirectly, for the safety of readers attempting to use or misuse information, instructions, or procedures provided herein.
GunTweaks.com